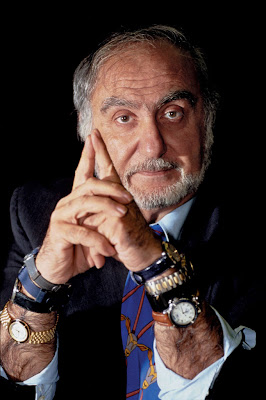 BEIRUT – The Lebanese-born founder of the Swiss watchmaker 'Swatch' has died at the age of 82, the company has announced. Nicolas Hayek, who was still chairman of the company, died unexpectedly at work on Monday. Mr. Hayek has been widely credited with saving the Swiss watch industry when he founded Swatch in 1985. It is now the world's biggest watchmaker and is expected to record sales of more than 6bn Swiss francs (£3.7bn; $5.5bn) this year.
at 4:45 PM